Every bike you see will probably have some parts made by Shimano. The company is the world's largest manufacturer of bicycle parts, after all. Shimano is a true bicycle giant that builds everything that a bike needs in order to deliver top performance or ride reliably and smoothly. But Shimano also makes many cheap bike parts that offer an excellent price with a good performance. Find out all you need to know about the world’s largest producer of bike components. 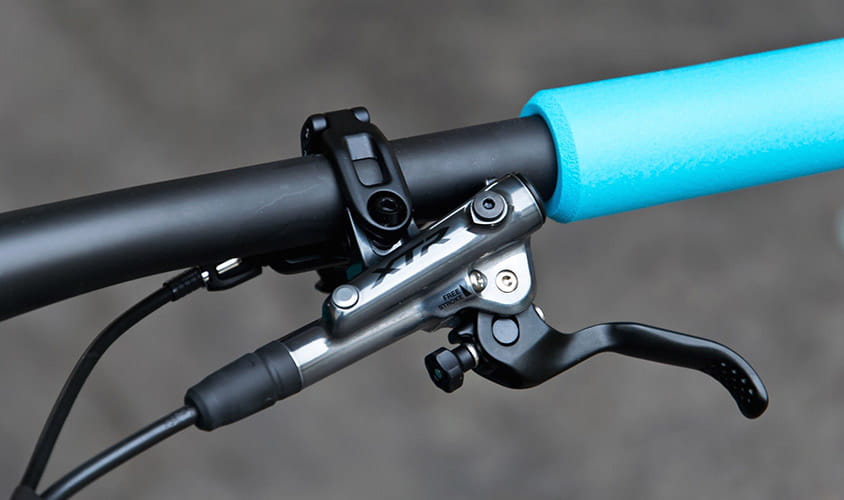 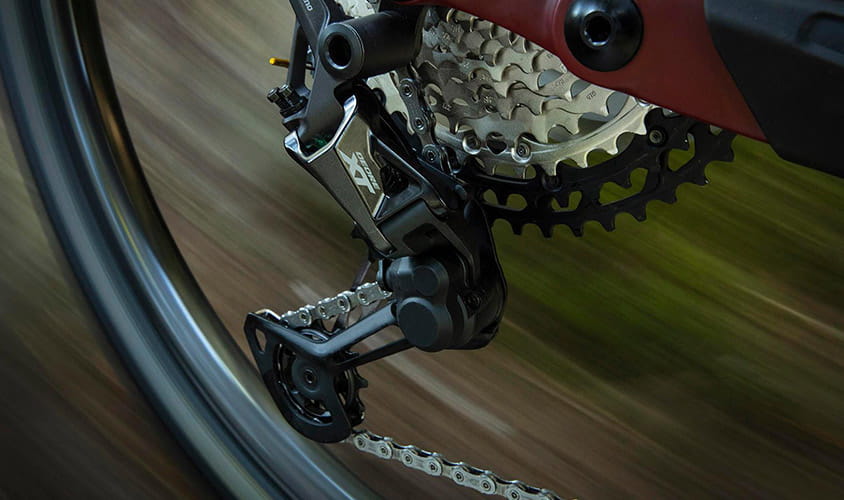 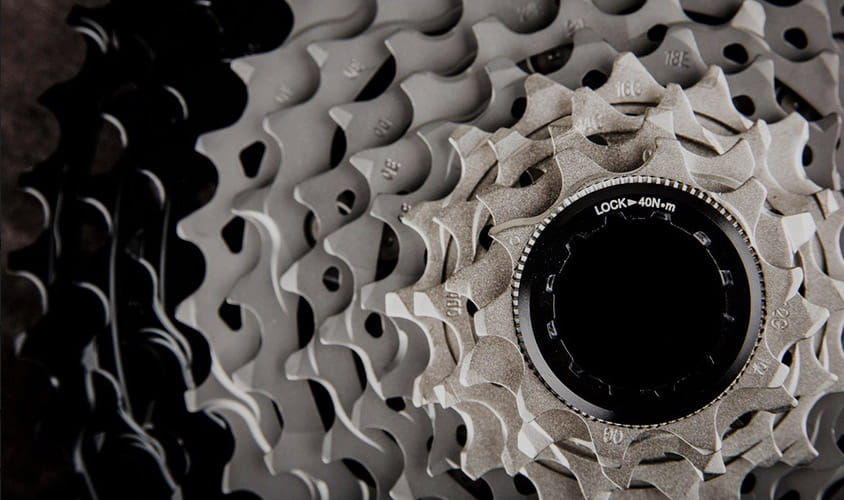 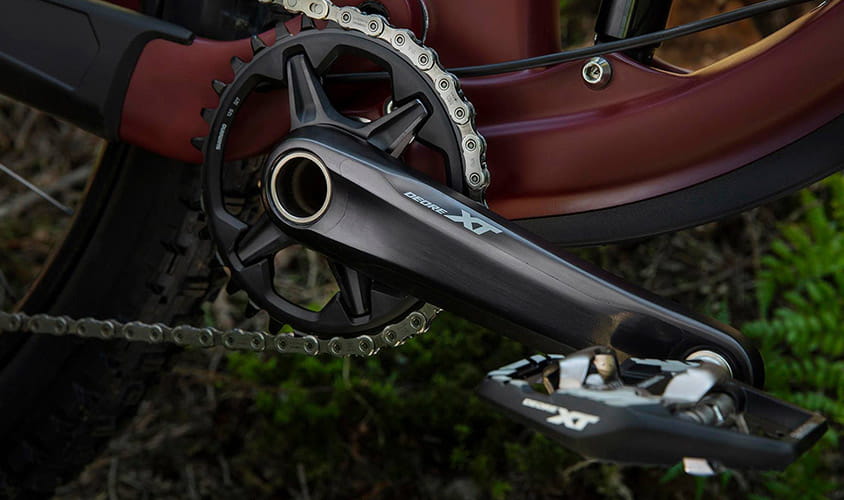 Things to know about Shimano

When Shôzaburô Shimano founded his company “Shimano Iron Works” in 1921, the plan was to process metal. But the following year, the course was set for the company to one day grow into the largest manufacturer of bicycle parts. In 1922 Shimano launched its first freewheel hub, which was a huge success, a revolution in bike construction, and exported all over the world just a few years later. Since then, Shimano’s bicycle parts have triumphed over all the others, the Japanese company’s bicycle parts serve as a benchmark for all other brands. Today, the company is based in Osaka, Japan; it has locations on (almost) every continent and employs about 12,000 people. In 2021 Shimano celebrated 100 years of success on the bicycle market.

Shimano builds an insane number of bicycle parts, but not only bicycle parts. The brand is also a household name for anyone who likes to fish, as it supplies reels, rods and fishing lines. There is also rowing equipment. However, it should actually be quite difficult to find a bicycle for which Shimano has not supplied at least some component of the gear shift, brakes or drivetrain. After all, about four-fifths of the billion turnover is generated with bicycle parts and pretty much every bicycle manufacturer orders components for their bicycles and e-bikes from Shimano. There are also wheels, pedals, cycling shoes and cycling clothing "Made in Japan".

The science behind cycling

Shimano deals primarily with the technical and mechanical equipment of a bike, first and foremost the brakes and groupsets. Of course, there is also a whole range of Shimano e-bike drive units. Over the years, a whole range of proprietary technologies have been developed. Sometimes the parts become more user-friendly, then again the engineers can improve the function or the durability. The entire list of in-house innovations is simply too long to mention them all, but we'd like to share a few important ones with you here:

Innovations in front derailleurs or brake discs are nice, but improvements on bike parts with which you have direct contact are even nicer. Gearshifts, for example. Or brake levers. Or both at once - Brifters. Shimano's DCL brifters shift and brake on your drop bar. Naturally, they’re weight-optimized, offer very precise handling and need significantly less hand force than any other brifter you’ll get your hands on.

Fast, smooth and jerk-free shifting on off-road rides was nothing more than a dream for a long time. The reality was more like… chains coming off, gnawed-down teeth and rough shifting. Until Shimano worked on the teeth of its Hyperglide cassettes. While they were at it, the drive chains were given a makeover, including a running direction. The wear on the drivetrain could be reduced, now bike drives run smoother than ever and more efficiently.

The enormous temperature that can develop are a major problem with bicycle disc brakes. Glowing brake discs are a thing of the past since Shimano launched its ICE technology. The Freeza brake discs offer improved heat management thanks to their three-layer sandwich construction, cooling fins not only make the brake discs lighter, they also produce less heat and less braking noise. Disc brakes with ICE technology can reduce the temperature by up to 140 degrees.

In a rear derailleur with Shadow technology, an additional spring element helps maintain chain tension. This prevents the chain from chipping the finish or jumping off.

Over the years, Shimano has released groupsets that have become legends. These include the top groups for MTBs: XTR, XT and Deore. Their low weight, the robust design and the option of mounting a modern 1x drive, make them very popular with pro athletes and hobby bikers. XTR and XT are available in electronic Di2 versions.

But you don’t have to spend a fortune in order to have good material, Zee and Saint are the MTB groupsets that Shimano builds for hobby bikers, while Altus, Acera and Alivio cover the inexpensive entry-level range.

When it comes to road bikes, Shimano supplies material that is always good for top positions in the world's famous races. Dura Ace, Ultegra and 105 can be found on the training equipment and the racing machines of the champions. You can also mount them on your road bike and get some real world-class riding experience on your training rounds. If you don’t want to go all that high-class and like to keep an eye on your budget, you can buy one of the simpler road bike sets Tiagra, Sora or Claris. They will still get you going.

The GRX group is Shimano’s groupset that was developed specifically for gravel bikes, while groups like Nexus, Alfine or Alivio are built for down-to-earth touring bikes and comfortable city bikes.

You can find out more about the individual groups in the text on our Shimano rear derailleurs.

Of course, being the world's largest manufacturer of bicycle technology, Shimano also has quite a bit to say when it comes to e-bike drive units. STEPS drives are among the best you can have on your e-bike. Due to the increasing demand, there are some new arrivals that particularly suit the demands of cargobike (STEPS CRG versions) and of E-MTBs (STEPS EP8). The drives range from the lightweight STEPS 5000, which is suitable for city bikes and touring bikes, to the powerful DU-EP800 system, that has enough power for e-mountain bikes.

Shimano considers brakes as part of the complete group. For XTR, Dura Ace, XT or Ultegra there is a selection of compatible brake recommendations. But of course, the brakes are also constantly improved and innovations make them safer and easier to use. In addition to the Freeza technology mentioned above, the latest trend is quite clear: with each new generation, bicycle brakes become lighter. They also require less hand force to develop their full power, and the transmission happens with less time delay. Here you can order brake components such as brifters, brake levers or brake cables, you can also order Shimano spare parts such as rotors and brake pads that give your toothless stoppers new bite.

Pedals and shoes from Shimano

We do not want to open the "flats or cleats" discussion at this point. But there is a choice of platform pedals or clipless pedals matching your bike or riding style. Like the sensationally light road bike cleats PD-R9100 with only 228g or the robust flat pedal PD-M828 for your MTB. Of course Shimano also provides the matching cycling shoes and cleats.

The advantages of Shimano bike parts

Sure, Shimano bike parts are mass-produced, but that actually is also their greatest advantage: